Am I Watching the Clouds Below me? A Peep Into the History of End Point of Kundala Railway Terminal

Do you wish to touch the mist and watch it so close? Then never take a second thought, drive to the topmost point of the Munnar hill station, the adorable Top station.

Even I had the curiosity and about 6 months ago, I have conducted a trip to Munnar, especially to watch the mist at the Top station. But on reaching, I realized that more than a tourist attraction, the top station has some story to recite. My passion for history strengthened in the valleys of Munnar and the exotic stay in one of the Best Hotel here was really pleasing and a kind of energy drink to me. I would like to share the story of the top point of Munnar. Actually, the hotel staffs have given the correct guidelines to be followed to reach the top station. In fact, within one day one can cover Mattupetty, Echo point, Kundala dam and Top station. I thought the name was hence given owing to the reason that it is the topmost point in Munnar. But the story was something different as I imagined.

The journey to the top station will take almost 1 hour from Munnar and the onset of the mist is from the point where the ‘welcome to Top station’ board is located. Let me first introduce some common attractions at the Top station. The speedboat driver at Mattupetty dam told that from the highest point of Top station one can view the Theni district and other districts of Tamil Nadu. This thing actually put a fire on my enthusiasm. The road was fully mist covered and the parking slot was hardly visible. It is better to avoid a trip during monsoon as it is really difficult to get the views.  There is no ample space for parking. On the way, lots of street vendors can be seen selling some steamy snacks, tea, coffee and even meals. A watchtower is erected to get the view of the whole valley but the presence of mists can hinder your views for sure. Down there, a board stating sky tunnel can be seen and trek down the slopes will make you at the spot of utter astonishment. Suicide point is the last spot at the end of sky tunnel. It is here that the topmost portion of clouds can be seen. I felt like touching the mist. Top station is actually the western entrance of an upcoming national park named Palani National park.

Actually, the interest of knowing the history of the Top station has rooted in my mind by observing the walls of the restaurant in the hotel where I stayed. While I was having my breakfast, which was complimentary like in every Best Munnar Resorts, my eyes got stuck at some of the images clung to the wall. The image was black and white in colour and it had some descriptions. I have enquired the hotel staff about this and he explained few things. My interest to know more about the image has widened. Finally, I set for the quest. Now, I will share the history of the Top station which I have acquired amidst my tour.

Top station is a part in between the borders of Idukki district in Kerala and Theni district in Tamil Nadu. The whole history of Top station unfolds at Tata tea museum which had exited after the entry of Kannan Devan Hills plantation company in 2005. It was at 1920, the Tata Tea Museum has become the renowned tea producing company having around sixteen factories at various places. Its growth actually sought the need for quick transportation of tea from Munnar to other parts of India. The tea produced from Munnar was transported to the valleys of Tamil Nadu and from where it was prepared to get transported to Tuticorin and later to other parts of India finally to reach Europe. Mr. M.W Wine was the general manager of Tata tea company and his brainchild was a monorail cart road connecting Munnar, Mattupetty, Kundala and Top station. The top station was the final point. For this cart road, about 500 bullocks were brought by Mr Wine to accomplish the need and for taking care of its health, a veterinarian was appointed with two assistants.  The loads were carried by this bullock. After reaching the Top station, it was a question mark to how to transport it to about 1700 meters down with reference to the mean sea level. The tea was intended to be transported to Kottagudi or bottom station. Thus Top station was actually the transshipment point of tea from Munnar to Bodinayakkanur.

Upgrading the cart road, the company had constructed a light railway path for easy transportation. Thus, this monorail good carriage system had come in the place of cart road. It was during 1908, the first railway of India has formed. Kundala was the middle point with the top station being the last one. Hence, since the uppermost terminal of Kundala valley railway was the top station, it got its name. The answer for transporting the tea to Kottagudi was ropeway. By the use of ropeway, this tea was transported to Kottagudi. The unexpected flood in 1924 has washed away the precious settlements and buildings of Munnar including the Kundala valley railway. The flood had its utmost control over the devastation that it was hard to regain back the disrupted railway as well as ropeway. This was actually the lifeline of Tata Tea and later they relied on ropeway itself to transport tea from Munnar to top station. I saw the picture of the flood on the walls of the hotel I stayed.

Tourists can watch the remnants of these crown jewels of Tata tea economy at Kundala valley, of which the prime one being the main railway station point of Kundala valley railway. The old main station has now turned into the regional office of Kannan Devan Hill plantation company. Still, we can see some of the remnants there like the devasted tracks, pillars and all. The platforms of the railway project can be seen now as the roads. On my way back, I saw an Aluminum bridge which was actually once the railway bridge of Kundala valley railway. If you want to see more remnants, then head to the Nallathani tea estate where the old rail engine can be seen in devastating form.I am thankful to God for making my eyes clung to the walls of the hotel as it was the old image of the flood and the visuals of ropeway aroused the curiosity in my mind. Top station is not just an attraction in Munnar but it hides the plight of the first railway of India that bowed its existence to the flood that the Munnar has seen ever. This time I felt my Munnar trip was really successful and I thank the hotel authorities for paving a way for this. 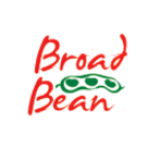 Broad Bean hotel is one of the luxurious resort in Kerala provides the best amenities services for the customers. The rooms, suits provide our resort is a perfect blend of Kerala's traditional architectural charm with luxurious, modern comforts.

This error message is only visible to WordPress admins