An exemplary voyage of zest to the kingdom of Heaven: Munnar

A journey happens when the heart, as well as brain, starts to demand some leisure time.

Munnar: – It was my peak time to achieve this peace period where I wanted to be away from all the hustle and bustle of work life and wanted to set off to exile just like Lord Rama. But I was no saint for that opportunity due to which I reached a conclusion of setting on a Kerala tour as it remained closer to Chennai and hence required very less time for travelling. My friends would never let me enjoy alone due to which two of them joined me for our bachelor trip to Kerala, or to be more specific, Idukki. I had very often heard that the destination was any bachelor’s riding spot and we did not require a second reason to visit Idukki.

We had inferred all the details required from GoGeo Holidays who also set the bullets we had asked them for our travel. After a quick Google study regarding the place, all of us set to one of the most beautiful places on Earth. We landed at the Cochin International Airport which was the closest airport to Munnar. We were picked by a guide send from our tour planners who drove us to the heaven on Earth. It was just afternoon but the place still remained chilled because of the weather.

In case we had been at Chennai at this point in time, we would surely have melted in sweat. As we reached, we were welcomed with juices and garlands which indeed made it look slightly weird. We were provided with the keys to the bike and a travel plan with details regarding every place we could visit at Idukki. We knew that we would be visiting two locations which were Meeshapulimala and Munnar as per the suggestions which we had got from our friends from Kerala. The journey started the very next day early in the morning by 6 am. The weather was still cold and our jackets and riders gloves were of so much use. The first destination was undoubtedly Meeshapulimala.

It was known to be a trekker’s paradise that had gained maximum fame after the release of the Malayalam movie Charlie which we had watched because of the actor in it. We set the location on the Google map and followed the route up to the hill where the roads seemed to be quite exciting. In not more than half hour we reached the peak that stood in grace in front of us. Quite number travellers had been there which included families and youngsters.

A group of them had been from Chennai as well with whom we clubbed together for the trek. We had hired a local trek guide for our expedition as it was better not to get lost in the track. Meeshapulimala was one of the highest peaks located in Kerala which could be trekked. There were several routes to trek up the peak but we choose the route which was guarded by the forest department. The other routes had safety issues due to which it remained a restricted route.

The trek started and we proceeded to that point where nature had been calling us. The rainforests glittered with the dew droplets on it. This itself was a very unusual view for all of us who had been from Chennai because rain itself was unusual and when it would, we have to stay inside due to floods where we literally can’t enjoy the post-rain misty lands. The rain from last night had left the place in this way for us and we could not be gladder about it. We walked slowly, listening to the facts the guide told us on the way. The trees that stood in the eco-hub were rhododendron which was the reason for the name that was referred to this place, Rhodonvalley. We crossed all quite a number of small hills and proceeded to the epic endpoint where the clouds flowed along with us.

We were just glad about the existence of the place which seemed to be that place which had the powers to make any person happy. The aura enhanced all of us where we sat in peace for some time. An auspicious activity takes place here in 12 years where the flowers called Neelakuringi blooms. The guide told us that it would remain for three months when maximum tourists come to view the beauty of the peak which basically doubles then. The walk back was smooth and we realized we were too tired to ride back due to which we sat down for some time. Tiny refreshment stalls nearby served us with some tea and snacks. A day had gone by in a blink of an eye where we did not have lunch but still could not complain of hunger.

As the sun set, we took our bullets and rode back to the hotel. On the way, we parceled some dinner for us and reached for the comfortable beds. The places we were to visit on the second day of our stay were Munnar, the most famous hill station of Idukki. Tourists often travel from various parts of the World to exclusively visit Munnar. The significance to this reason was yet to be discovered from our part due to which we set off to the Echo Point. The fascination that this particular place held was the return of echo on screaming into the air. A short walk to the point proved it right from where we set off to Lakkam Waterfalls. A waterfall is always special to all Chennaites.

We would basically never miss a chance to get dipped despite the cold weather when on a Kerala tour package from Chennai.

Hence with the hope to get fully drenched, we walked to the falls. But the streams could only help us as the gushing water was powerful. So we got down to the streams and had a hearty noon there. And we got to the Kannan Devan Hills. The tea brand was all available in Chennai but little did we know that the place of production would be so beautiful. We walked around the premises after getting some fresh output with us. The day was over by then and we were to return back to the hotel. Our night flight required a return by 9 in the night when we bid bye to one of the most beautiful destinations we had ever been to in our life. 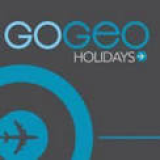 Gogeo Holidays is a prominent tour operator in Kerala. We provide best cultural and destination tour to the major destinations in the God's own country. Plan your dream holiday times with us. We will bring you the best Kerala holiday packages for family, groups and for honeymooners. To know more about our services please log in to our website.

This error message is only visible to WordPress admins